Posted on January 11, 2016 by www.pineneedlesandpapertrails.com 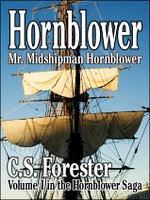 Are you ready to enter the naval world of the Napoleonic Wars between England and France? Sea battles, duels of honor, consummate seamanship, and heroic deeds leap from the pages of C.S. Forester’s Horatio Hornblower saga.

It is 1793 and 17-year-old Horatio Hornblower is an untried lowly midshipman in Her Majesty’s Navy. His first adventures at sea, in Mr. Midshipman Hornblower, quickly reveal his dauntless courage and lightning quick strategic thinking. In his eleven-volume saga, C.S. Forester develops this fascinating main character and reveals the complexity of French and British conflicts during the Napoleonic Wars. This complex yet compassionate character has endeared himself to many readers.

Written in the early part of the 20th century, how did C.S. Forester (1899-1966) reconstruct British naval life so realistically? The Library of Congress article on the author’s life offers an answer:

“In 1927, C.S. Forester purchased three volumes of The Naval Chronicle from 1790 to 1820. For the Chronicle, officers of the Royal Navy wrote articles on strategy, seamanship, gunnery, and other professional topics of interest to their colleagues. The Chronicle for those years covered the wars with Napoleon. Reading these volumes and traveling by freighter from California to Central America allowed the germination of the character Horatio Hornblower as a member of the Royal Navy in the late eighteenth century.

By the time Forester’s journey brought him home to England, the former medical student-turned-writer had plotted Beat to Quarters, and it was published in 1937. A Ship of the Line and Flying Colours were published soon after, and in 1939 all three appeared as Captain Horatio Hornblower. Forester’s interest in the Romantic period and the political and military maneuvers of the early 1800s continued, and the Hornblower saga was produced.

Subsequent volumes in the series were sequels to the original trilogy or filled in its gaps. The episodic quality of the novels is due partly to their having appeared serially in magazines, primarily the Saturday Evening Post.” https://www.loc.gov/nls/bibliographies/minibibs/horatio.html 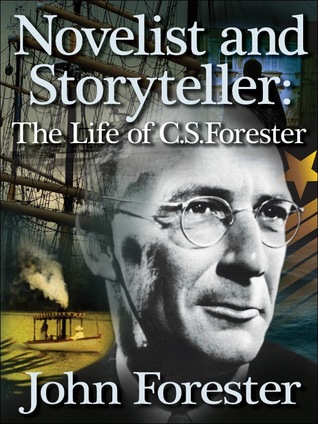 Reading historical novels set on the sea can be a challenge with so many unfamiliar, almost archaic, English words embedded in the text. However, it is possible to avoid referring to one’s dictionary when the reader’s “comprehending in context” skills are put to use. My 17-year-old daughter, Rachel, explained her ability to understand the first book’s language:

“Within the context it was like I was constantly learning the words, and it almost always made sense. I understood what the seaman was doing with the ship’s rope and which way the ship was moving. I loved this book because it was an unusual setting and the adventure was so delightful.”

In 1951, an original motion picture, Captain Horatio Hornblower, starring Gregory Peck, was produced. More recently (1998-2003) A & E created an 8-part series of the stories with Ioan Gruffudd, the British actor, cast as the beloved hero. 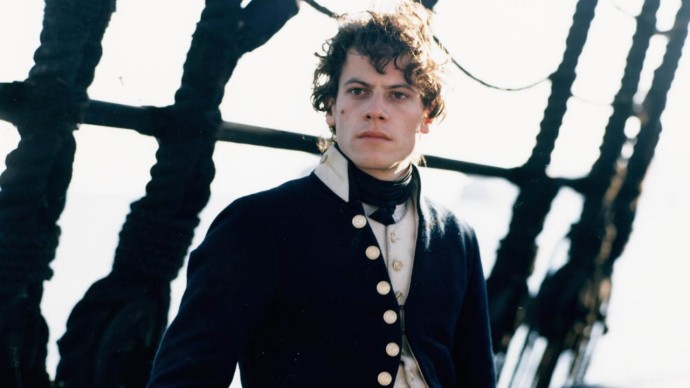 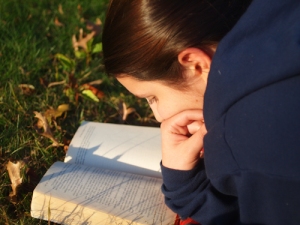